The Septuagint Translation of the Hebrew Bible: Its Nature and Importance for Scholarship 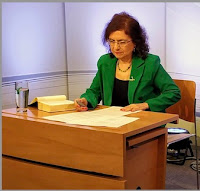