The biblical Story of Joseph and its Aims 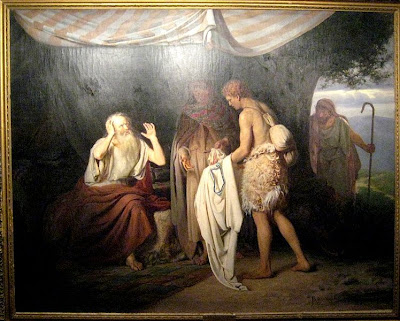 The Story of Joseph is a unique literary phenomenon within the context of the Biblical Book of Genesis (chapters 37 through 50). It is unlike the stories of the Patriarchs which are constructed from separate units each of which can be understood independently, even though they are clearly linked by common threads and unifying elements. The Story of Joseph is one long and continuous narrative (albeit not from one source) which relates the events of Joseph’s life from his youth in Canaan until his death in Egypt.

The nature of the events during the course of Joseph’s life differs decidedly from that of the Patriarchs. Joseph does not “walk about the land through its length and its breadth,” does not dig wells in the land, does not establish relationships with other inhabitants of the land nor clash with them. The story of his youth is an account of his being uprooted from the Land of Canaan and smuggled down to Egypt. God never reveals Himself to Joseph or promises him countless descendants or the inheritance of the Land. The dreams of Joseph do not contain divine revelations or directives like in the case of the Patriarchs but rather puzzles to be deciphered or interpreted. While the wives of the Patriarchs occupy a prominent place in their stories, this is not the case with Joseph’s wife, Asenath daughter of Poti-phera. She is portrayed by the Biblical author as a silent figure without speech and deeds, except for her bearing of Joseph’s two sons. Also missing in Joseph’s story is the theme of barrenness which is so prominent in the stories of the Patriarchs. On the contrary, the opposite theme of fertility is emphasized when Joseph names his second son Ephraim because “God has made me fertile in the land of my affliction”﻿ (41:52). The four wives of the Patriarchs were members of their families while Joseph’s wife Asenath was the daughter of the Egyptian Priest of On.
The story of Joseph has a mainly masculine focus. The important members of his family were his father, his brothers, and certainly his two sons, Ephraim and Manasseh. The Egyptians, who propel Joseph up the social ladder toward his ultimate destiny, are men: Potiphar, the officer in charge of the dungeon, and Pharaoh. A special role is played by the two officers of Pharaoh whom Joseph encounters while in the dungeon: the chief cupbearer and the chief baker. Just as the events of Joseph’s life are of a different nature than those of the Patriarchs, his burial also differs. Only several generations after his death is he finally buried in the portion of the field purchased by his father Jacob in Shechem (Joshua 24:32).
In the stories of the Patriarchs, we find the motif of the younger son gaining preference over the older. The preferred younger son becomes one of the ancestors of the israelite nation while the older sons become the ancestors of other nations. Isaac, the preferred son becomes the second Patriarch while Ishmael, who is passed over, becomes the ancestor of 12 princes. Jacob, the preferred son becomes the third Patriarch while Esau, who is passed over, becomes the ancestor of Edom. Joseph, who is the favorite son of his father Jacob, is not the preferred of just two sons, but is favored over all of his brothers. However, this preference does not raise Joseph to the position of the fourth Patriarch and his rejected brothers do not become the ancestors of other nations. Unlike the stories of the Patriarchs, Joseph, together with his brothers, become the ancestors of the future twelve tribes of Israel.
The plot of the Story of Joseph contains three inseparable themes which interact one with the other and endow the narrative with both a unique character and a singularity of direction. These three themes are dreams, attire and sustenance.

Dreams and Attire
Three pairs of dreams appear in the story: Joseph’s two dreams; the dreams of the chief cupbearer and the chief baker; and the two dreams of Pharaoh. The abundance of dreams causes the story to alternate between reality and fantasy; between dreams which draw upon reality and reality which draws upon dreams. Each pair of dreams marks a turning point in the life of Joseph. Joseph’s two dreams result in his being cast into the pit by his brothers in Canaan; the dream of the chief cupbearer results in Joseph being released from the dungeon in Egypt; and the dreams of Pharaoh propel him to a position of political power. The dreams hurl him from the highest peak to the lowest pit and raise him back up again. Each transition is initiated and accompanied by a particular garment. The ornamented tunic which Jacob made for his favorite son was a princely garment and set Joseph apart as the chosen son. This garment of distinction transformed Joseph’s very nature. The internalization of its significance manifested itself in Joseph’s dreams which began on earth (the sheaves) and ended in heaven (the sun, the moon and the eleven stars).  Joseph’s dreams reveal the secrets of his future. In the dream about the sheaves, he sees his brothers bowing down to his sheaf, a scenario which will come to pass when the brothers later come down to Egypt to acquire grain (Genesis 42:6, see also 43:26, 28). After Joseph’s first dream, the brothers exclaim, “Do you mean to reign over us, do you mean to rule over us?” The brothers thought they were asking a rhetorical question. They had no idea that Joseph would ultimately answer this question affirmatively when he reveals his identity to his brothers in Egypt, “So, it was not you who sent me here, but God; and He has made me a father to Pharaoh, lord of all his household and ruler over the whole land of Egypt” (45:8). This ironic turn of events is further acknowledged by the brothers when they return home to their father in Canaan and exclaim, “Joseph is still alive; yes, he is ruler over the whole land of Egypt” (45:26). After this point, the fate of the brothers is completely in the hands of Joseph.
In chapter 37 where our story begins, Joseph’s ornamented tunic is very prominent. In the fields of Dothan, the brothers strip Joseph of his tunic and throw him into the pit. (The word pit [‏בּוֹר] is a key word in this chapter). Afterward, “they took Joseph’s tunic . . . and dipped the tunic in the blood. They had the ornamented tunic taken to their father, and they said . . . “Please examine it; is it your son’s tunic or not?” He recognized it, and said, “My son’s tunic! . . . Jacob rent his clothes, put sackcloth on his loins” (37: 31-34).
Joseph was then taken down to Egypt and sold to Potiphar, a courtier of Pharaoh and his chief steward. When Potiphar’s wife tried to seduce Joseph, he fled outside while she grabbed his garment and she ended up with it in her hand. (The word “his garment” [בִּגְדוֹ] occurs six times in 39:12-19.) Joseph was thrust into jail, where he interpreted the dreams of the chief baker and the chief cupbearer. When it became known that Joseph had a special talent for interpreting dreams, he was sent to Pharaoh: “He was rushed from the dungeon (הַבּוֹר). He had his hair cut and changed his clothes, and he appeared before Pharaoh” (41:14). He was made second to the king “and Pharoah had him dressed in robes of fine linen, and put a gold chain about his neck” (41:42). And when Joseph finally revealed himself to his brothers, he supplied them with presents of clothing (garments) as a sign of conciliation. This may be understood as a quid pro quo for the gift of the garment which Joseph received from his father and which became the object of his brothers’ jealousy and hatred (45:22).
Sustenance
Sustenance or “bread/﻿לֶחֶם” is a motif which runs through the three pairs of dreams in our story like a scarlet thread. The first dream is about Joseph’s sheaves while the last dream is about Pharaoh’s seven ears of grain and between them is the dream about the bread of the chief baker. The chief baker’s failure to properly supply Pharaoh with bread anticipates the future difficulties of Pharaoh in providing bread to Egypt. Joseph, who is confined to the dungeon is summoned to the throne of Pharaoh, interprets Pharaoh’s dreams and is instantly elevated to a position of greatness. “You shall be in charge of my court (house)” asserts Pharaoh, “and by your command shall all my people be directed; only with respect to the throne shall I be superior to you” (41:40). Joseph’s task was to provide food for the people of Egypt during the seven years of famine. By carrying out God’s wishes to sustain His creatures with life, Joseph serves as God’s messenger or agent. “Now, do not be distressed or reproach yourselves because you sold me hither,” Joseph says to his brothers, “it was to save life that God sent me ahead of you” (45:5).